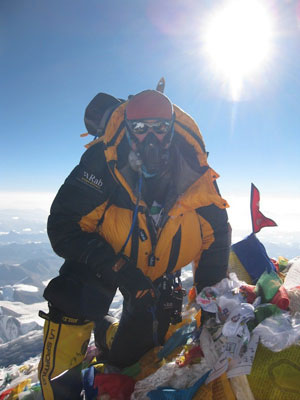 "Those last few steps onto
the summit were pretty
emotional - there it is, this is it."

You could say that seaside Geelong and Mt Everest are worlds apart but not for Australian mountaineer, and Bogong customer, Simon Gower. In May this year he summited Everest, the final jubilant chapter of his ambitious project to summit the highest peaks of the seven continents.  We were delighted to have the opportunity to talk to Simon and hear his account of what many would regard as one of the ultimate “holy grails” of outdoor adventure.

A Geelong boy born and bred, the seeds of Simon’s interest in outdoor pursuits were sown growing up in and around his hometown.  Family holidays camping in the bush, Scouting and participating in Outward Bound activities really got the ball rolling for Simon. Simon states a lot of his inspiration when he was a youngster came from reading books of great adventures of all different types – books he says, given to him by his mum.

Thereafter, the allure of the notion of the grand adventure never really left his mind.

Simon’s quest for the Seven Summits started back in 1996.

Simon: I did a bit of travelling with a friend backpacking in Africa. And we just decided we would try to summit Kilimanjaro. We were amateurs really, but I guess that’s where it all started. I knew about the Seven Summits even then and I knew Kilimanjaro was one of the Seven Summits so I was sort of inspired from then. I never really thought that it would go on to more than that. In fact I got very sick on Kilimanjaro, to the point of nearly being evacuated due to altitude sickness. So that was always in the back of my mind, thinking, oh well, maybe I just get sick with altitude and maybe it’s not a good idea to go back up to altitude.

Then in 2007 I was working overseas and came back home via South America doing the backpacking thing again and I thought maybe I should attempt Aconcagua. I did a bit more preparation than previously but as it turns out we didn’t summit that year due to gear issues so we went back the next year and summited. Even at that stage I wasn’t sure if I’d continue on and do more but I got home and had all this gear sitting around and thought maybe I should use this again!  So I looked a little bit harder at some of the other peaks and thought well I’ve been high, I didn’t get sick at Aconcagua so maybe I can do some more. So then it was Elbrus and within the next year or so Denali, and Kosi.  There was really only Vinson and Everest to go. I thought Vinson, apart from the cost was very achievable, so I ended up going there. Afterwards, it was like, well now there’s only one to go so - why not.  You meet people along the way that have done it and you learn a lot about it and yourself and how you go at altitude so therefore, it seemed achievable. I didn’t really know this until going to South America but as it turned out I ended up doing pretty well and feeling pretty good even at extreme altitude. 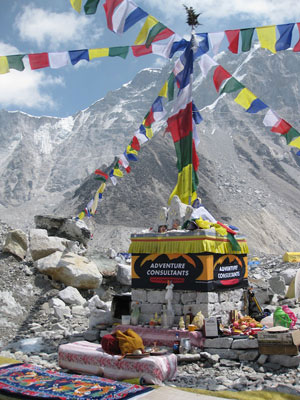 Bogong: What was your preparation for Everest? Had your previous summits prepared you well in this regard?

Simon: “Well I guess so, a lot of it’s mental. Mental as in knowing you can deal with the altitude, which I'd worked out from the other climbs. Knowing my gear, and physically, I felt pretty fit. Mentally - just being up for it as well. I guess I saw the whole thing as a project really. Certain bits of it I could control and other bits I didn’t have control of. I felt I’d done all I could to get the bits that I could control, under control. Happy my gear was all in order, I felt fit, and I felt ready. Going with the company I went with, Adventure Consultants, obviously a good company, and knowing their logistics and so forth. Knowing all of that, I felt my chances of success were fairly high.

Bogong: Did you think a lot about the dangers of attempting a summit like Everest?

Simon: Well everyone has that perception of Everest and there is no doubt there’s dangers. I did feel that it is a risk to go and you do need to accept that there is a risk involved and you potentially might not come home. That’s part of the mental preparation as well - accepting that risk. My whole life, how it has panned out, allowing it all to become a possibility - well that was part of it as well. Not having dependants too, so not having to consider that, sort of makes it easier.
It was just me - so easier to take that risk.

There are certainly pretty dangerous parts and there’s obviously the issues of altitude and how you deal with the danger of that but apart from the ice fall there weren’t really any times where I felt like this is a particularly dangerous climb.
On the Lhotse Face rock fall is possible, but I didn’t feel it was particularly dangerous. There’s rock bands you have to pass over which I would class as technical but not super technical. I guess Everest is equal to any of the other Seven Summits such as Denali which has a few technical bits. On the South Summit of Everest there was a corniced ridge and it was definitely a case of, well if you fall off there it's going to kill you, but you seem to have a suspension of fear as you’ve taken so much time and effort get there. You're standing half an hour from the summit and you’re thinking well what can you do - so you suspend the fear. You’re there, you know you’ve just got to do it. That’s part of the mental preparation - just being willing to take it on. 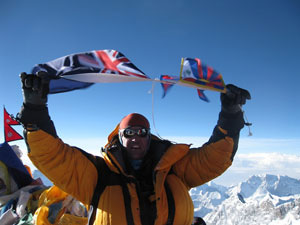 Simon: Everything you do, you’re out of breath doing!  We were on oxygen as well but ironically some of the more difficult things you do, you might do without oxygen - as that sort of increases the difficulty in a way. It does take a while to get ready. About 11.15pm we were out of camp and just climbing through the darkness for hours. The adrenaline’s going and you’re just watching the Sherpa in front and following. You see some things along the way like dead bodies-there was a few of them. We got to the approach of the South Summit and then the sun started peeping through around 5am. It was a spectacular day just, the most awesome sight you can imagine -the sun coming up over Tibet. Looking out, the clouds were really low in the valley so all the surrounding peaks were visible. Then we got up onto the South Summit itself and changed oxygen. The sun was up at that point and we had a beautiful shadow from the mountain across the valley. Hard to describe really what it’s like to be there and seeing it all. Then we were confronted with the Hilary Step.  Once you’re over that and back on the snow it’s done really, you’re almost there. Around 6am we summited. Those last few steps onto the summit were pretty emotional - there it is, this is it.  You’ve still got to get down of course but it’s what you’ve been working towards and it’s all done. The sense of accomplishment, seeing that realised was what it was about for me.

I looked back at the Seven Summits and the completion of the project - a lot of time and effort to get there- so the feeling was phenomenal.

Bogong: Thanks so much Simon for sharing your story with us. We wish you all the best with your next endeavours and we hope to hear what else you’ve been up to, when you next pop into Bogong. 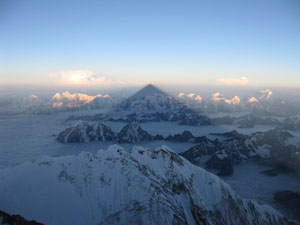 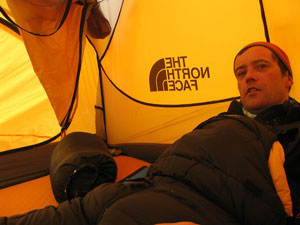 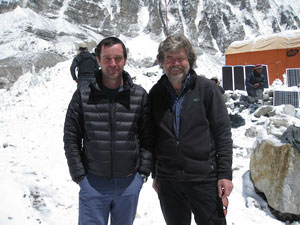 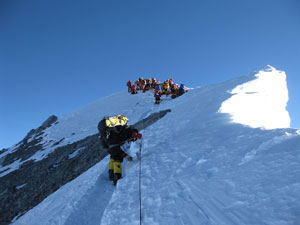 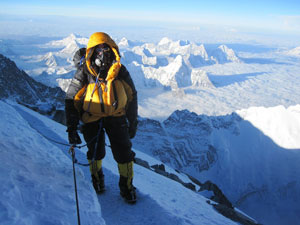 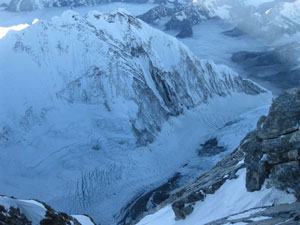 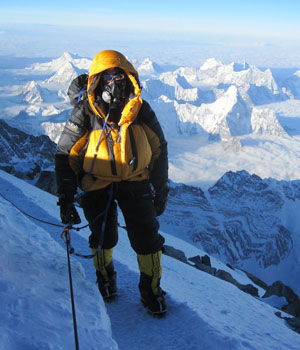 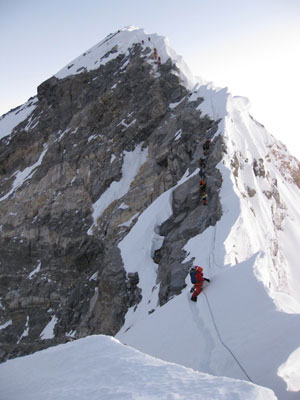 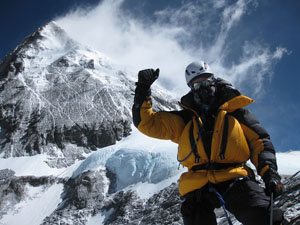 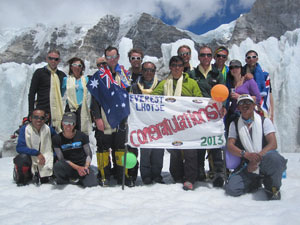