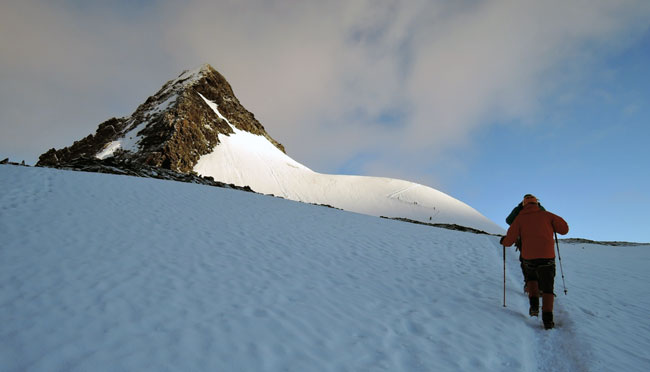 I first met the Grossglockner in 1993 on a six day hike through Austria's Hohe Tauern National Park. The thought of climbing it was immediately alluring. Not only because it is the highest mountain in Austria but also because of its beautiful shape. Over the years my love affair with the Austrian Alps was consumated over many hiking trips. (See my Blog Walking in Austria) Not a mountaineer, the idea lingered in my mind. Perhaps one day I could climb the Grossglockner! I had been lucky enough to climb Austria's 2nd highest mountain, the Wildespitze, in 1996 with an acquaintence from Salzburg acting as guide. After many enjoyable trips rambling around various mountain ranges my son Tim and I laid plans for the Grossglockner this year. With the help a local Kals mountain guide the summit I had been dreaming of for 20 years become a reality. 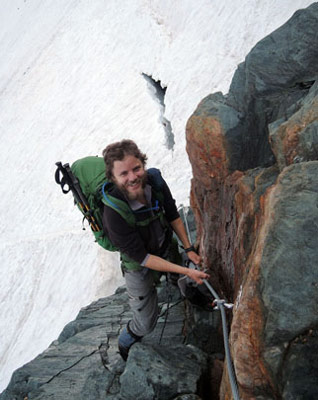 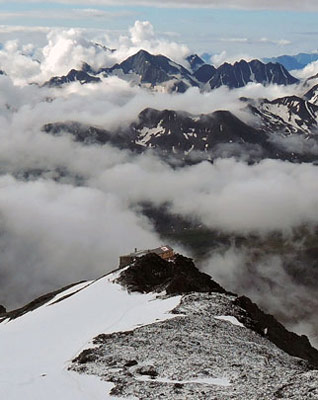 Like most people in order to climb the Grossglockner (3,798m) we started in the valley at Lucknerhaus at 1920m. From there you climb up to the high Erzherzog-Johann Hut at 3,454m which is also named the Aldersruhe or Eagle’s Rest. We stayed the night and next day it is a relatively short climb to the summit. From the summit, or just below in our case as we were in the cloud at the summit, you can see mountains as far as the eye can see. A particularly memorable sight was the far away peaks of the Dolomites basking in the morning sun.

Do you want to visit this part of the world. Did you know you can get a detailed map at Bogong. See here 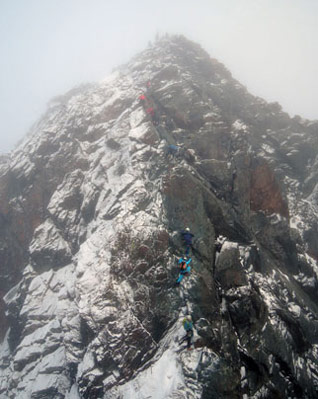 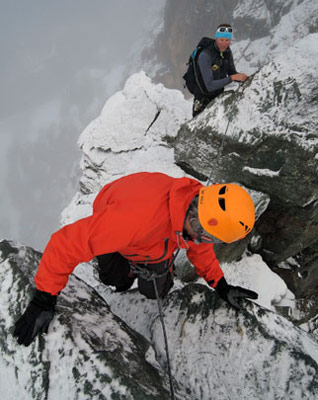 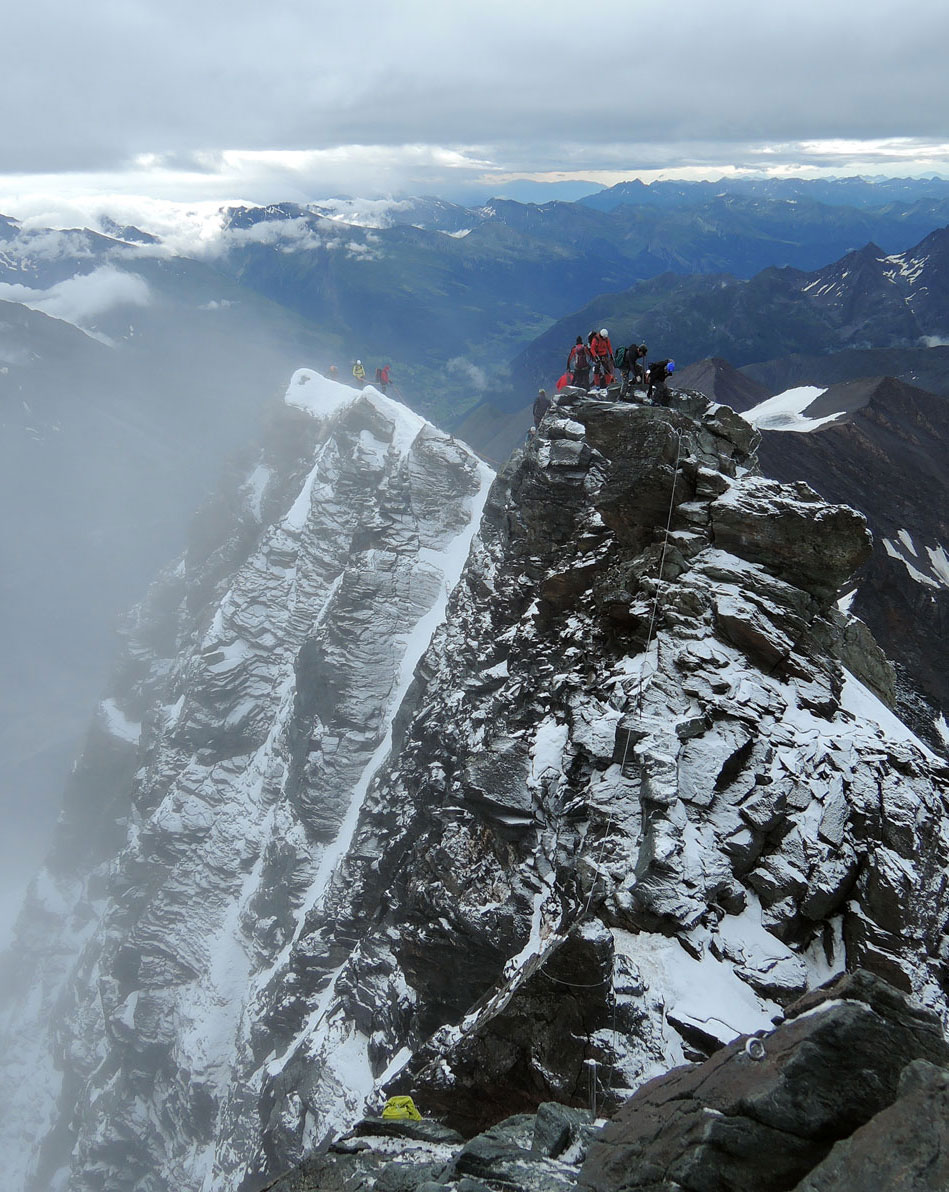 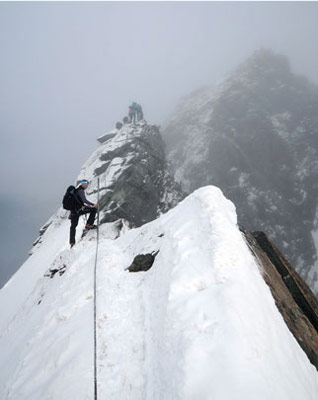 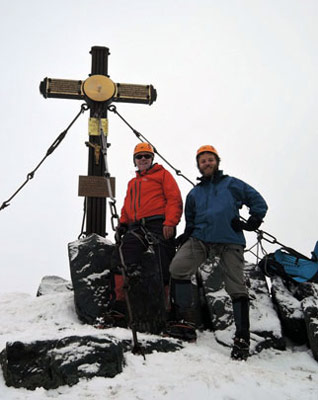 Looking down from the summit ridge at the Kleinglockner.     On the Grossglockner

Morning view from the terrace of the Erzherzog Hut