The La Sportiva Theory is a climbing shoe that exceeds my expectations on almost all fronts. It’s the new kid on the block for La Sportiva, joining the brand's line of performance climbing shoes designed for indoor competitions. With an all-new edge design and supremely thin midsole, the Theory promises a level of versatility and adaptability that hasn’t been seen before, and it delivers. Given the circumstances of 2020, it has taken a while for me to get around to giving these shoes a proper workout. With over a month of climbing in the gym and on rock in these shoes now, I can say it’s been worth the wait.

Let’s get a bit technical...

The La Sportiva Theory is a highly asymmetric, incredibly adaptable climbing shoe. It boasts the incredibly sticky Vibram® XS Grip2 rubber in droves throughout the toe and midsole. In a rather unusual move for a performance shoe of this type, it has a whopping 4mm of rubber on the toe. Usually, lots of rubber negatively impacts sensitivity because it increases the distance between you and the foothold, leading to less ‘feedback’. This is not true for this shoe. Thanks to the ridiculously thin midsole, the overall feel is close to that of the La Sportiva Skwama, which lets you really dig into the best part of the hold.

Really, the midsole is what makes the Theory such a unique and surprising shoe. La Sportiva’s research into “Gorilla prehensile skills and the sensitivity of feline fingertips” resulted in a sole construction that La Sportiva calls D-Tech (Dynamic Technology). In concept, D-Tech is very similar to 'No-Edge' technology seen on shoes such as the La Sportiva Futura. By removing the traditional edge from the sides of the Theory, the shoe follows the natural shape of the foot. More importantly, the Theory allows you to use the natural flex and adaptability of our feet.

The Theory is undeniably an incredible shoe in terms of performance. La Sportiva nailed its brief for indoor climbing. I’ve worn the Theory at multiple gyms, including more modern, comp-style gyms. Whether it is tiny, credit-card crimps or bulbous, round slopers, the Theory sticks to everything. You can feel the shoe adapt to every hold you’re on, especially those with more textured features. Most surprising of all is how this affects the feedback on steep walls. Being a downturned performance shoe, the Theory naturally hooks onto in-cut footholds on edges when the terrain gets overhanging. On slopey feet, the increased force put through the foot makes it feel like the shoe wraps around and bites into the hold. The result is the best-feeling shoe I’ve worn for steep, slopey climbing.

The Theory heel heralds the return of the soft, sensitive heel of the Futura. When it comes to locking down a small, precise heel, I say the Theory is unparalleled. Consequently it’s also much more painful on sharp heel hooks or heel-toe cams, but that’s a fair trade-off. Another benefit of the Theory's heel cup is that its low profile lets you fit into narrower slots that you may not be able to in shoes like the La Sportiva Solution.

The Theory feels like a rubber sock. This is thanks to the amount of rubber on the upper. No matter where the top of this shoe is thrown, it will likely stick. The large surface area of rubber locks your foot in, making the Theory particularly useful for shallow toe-smears. For competition-style problems, this can be the difference between success and failure. The added friction lets you use nearly every part of your foot to hold you into the wall. Honestly, you could blindly throw a toe-hook up using any part of the upper and odds are there will be rubber to grip with.

A lot of my time using this shoe has been on real rock, despite its competition climbing sensibilities. Unsurprisingly, despite being marketed as an indoor climbing shoe (where it definitely excels) the Theory is a monster outdoors as well. On some of the more rounded sandstone found in Gariwerd/Grampians, the performance mirrors that of its comp-style design. Yet it is precise and stiff enough to provide enough support on sharper, crimpier footers and pockets on steep terrain. For standing on micro-edge slabs, I would prefer a stiffer shoe. The sensitivity can make it rather uncomfortable to stand with your full weight on your feet for extended periods of time. For more friction-based climbing, the Theory works like a dream.

As a note, while I do believe the Theory could be used for sport climbing, I would not recommend it for primary use. In my opinion, the amount of flex through the midsole will be too fatiguing for many climbers’ feet, leading to less comfort and security on small footholds as you move up the wall. Other alternatives would work much better for longer climbs.

Despite being a brand new design, the Theory has a close relative. That is, the Skwama. Both shoes are designed to perform at their peak on both slabby and steep terrain, have lots of lateral flex and a similar toe-rubber design. I quickly started to bring both pairs to the crag to make more solid comparisons. My testing led me to conclude that from a bouldering point of view, the Theory is an evolution of the Skwama’s design. The models are comparable in sensitivity, but the Theory’s increased precision and D-tech midsole design make the Theory better in all accounts besides comfort and sport climbing. If you love the sound of the Theory, but prefer a touch more support underfoot, the Skwama is the way to go. The more solid (but still quite sensitive and soft) platform the Skwama provides makes it far less tiring to climb in on longer routes. Throw in the comfier upper too, and overall the Skwama is a much more appealing package to the performance-focused sport climber.

I got my pair in size EUR 41, the same size as my Skwamas and a half-size smaller than my Solutions. While the Skwama relaxed instantly, the Theory’s immense amount of toe rubber and wrapped sole meant it was uncompromising during the break-in period. As of right now, they are a comfortable but tight fit. They feel similar to when they were first new. I don't predict them to get much looser over their life.

Toebox-wise, the Theory is quite roomy, with a lot of space for the toes to curl. This isn’t a shoe that should be worn loose, and La Sportiva has made that basically impossible to do. Despite being more asymmetric than a shoe such as the Skwama, the shoe feels relatively kind to the toes, especially once broken in. If I were to compare the feeling to another model, the toebox feels most similar to a Solution, although a bit higher volume.

The heel is nearly identical in fit to ones you’ll find on the La Sportiva Genius and Futura. People with skinnier heels, rejoice! It’s a cup that’s low-volume, with little space on the sides. As a note, the back of the heel is significantly tighter on my Achilles when new, compared to other models. This is fine for me personally, but for those who struggle with pressure in that region, you may want to try before you buy.

If I were to have one nitpick about the Theory, it would be that I suspect that on resoles, the D-tech midsole might lose its flavour. It’s unlikely that the sole unit is available. As a result, the increased sensitivity and flex of this shoe might be diminished after resoling.

Aside from the possible issue with resoling, I don’t have a bad thing to say about this shoe. The Theory may as well be a perfect shoe for what it’s designed for. La Sportiva’s Theory is a rare shoe that actually lives up to the expectations set by the manufacturer. It does everything it was designed to and more. It's a comfortable, aggressive climbing shoe with enough flare to make it stand out from the crowd. It’s been a pleasure putting down some of my hardest boulders in this shoe, and I plan on putting in plenty more work in the future. If you’re aiming for versatility and adaptability in your climbing shoe, with some of the best grip of any shoe on the market for indoor (or outdoor) bouldering, I can’t recommend the Theory enough. 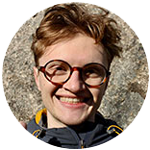 See our range of climbing shoes.

Will is an addicted boulderer and general climbing gear nerd.