These boots are made for walking.
Just ask Jon Muir - one of Australia's best known adventurers.

Asolo TPS boots walk 5,000kms across Australia!
It's 2007: An ambitious expedition is proposed. A solo, unsupported, off-track walk to the geographical centre of Australia, the furthest point from the ocean in all directions. The trip will encompass over 1750 kilometres on foot, amassing over 3 million paces through gruelling, unrelenting terrain. The going will be tough, loose sand and rock will impede the way and the country, in drought, will make finding water a desperate occupation. Food rations will be limited. Foraging for bush tucker will become the only difference between survival and death. A 95kg man will lose a third of his body weight in 70 days and his strength and resolve will be challenged in ways he could never have imagined... 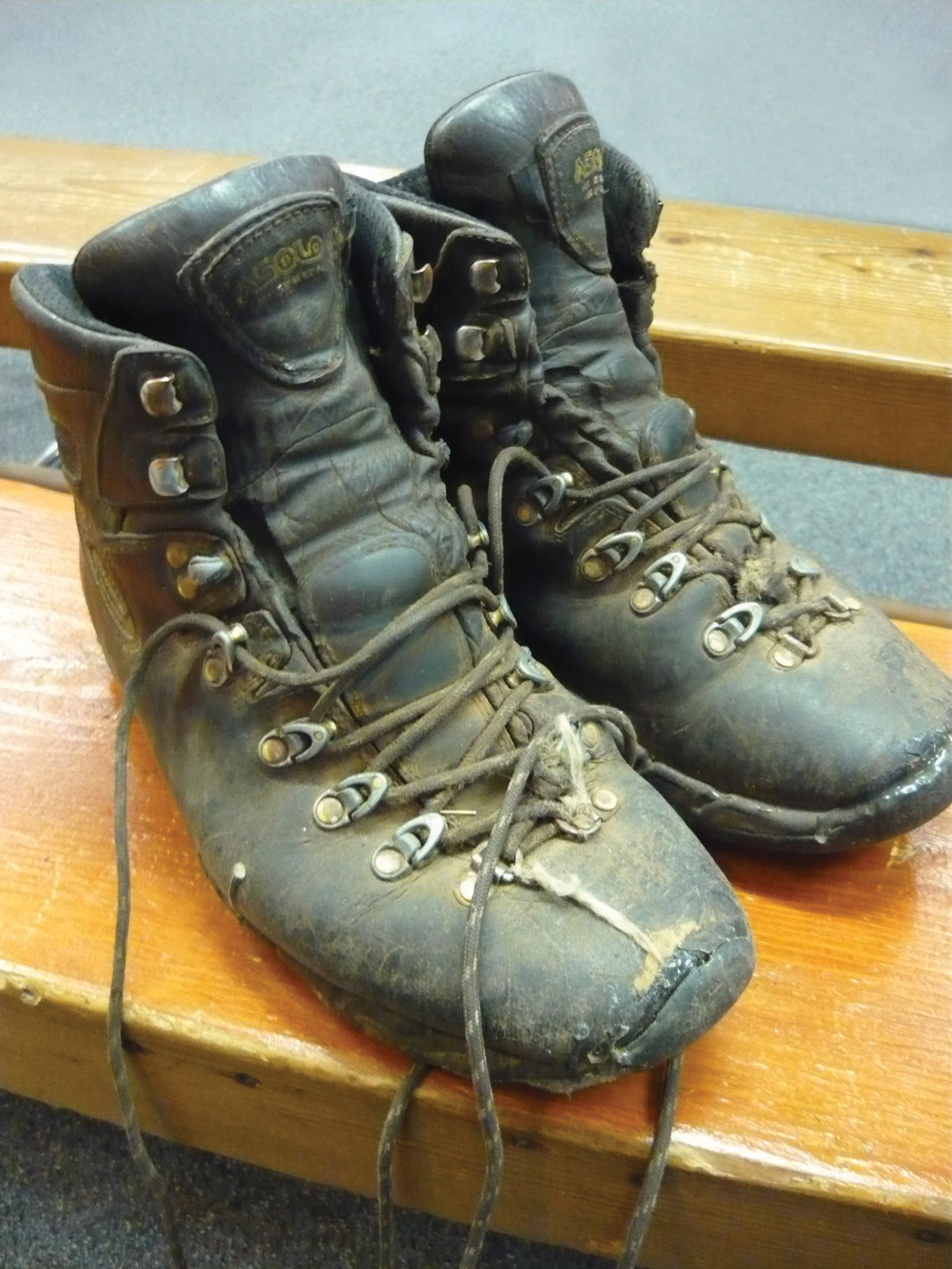 Jon's Asolo boots with over 5000ks on the clock. 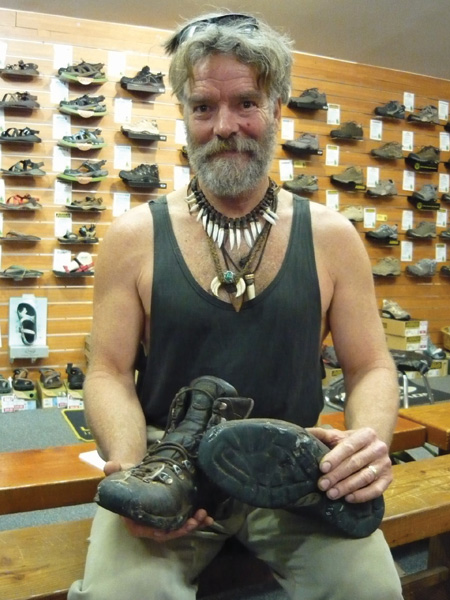 Jon with his old Asolo boots

So what man would be crazy enough to embark on such an arduous adventure? And what footwear would you expect to find on this man, hell-bent on clocking up some serious k's in one of the harshest and most unforgiving locations in the world?...

... Well, he's one of Australia's most accomplished adventurers having climbed Everest and walked to both the North and South Poles.  You could call him part man, part machine, but he is better known as Jon Muir and he did it all in a pair of Asolo boots.

These boots have done at least 5000kms 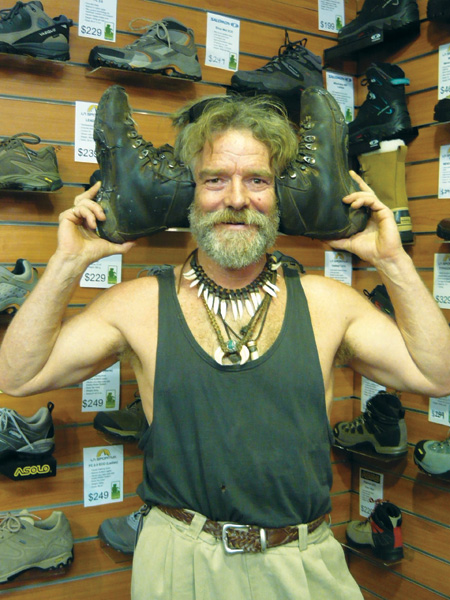 We spoke with Jon when he dropped into Bogong recently on a mission to replace his old Asolo boots with a brand new pair. "My boots have done at least 5000kms or more. They've traversed the Strezlecki Desert, the Sturt Stony...across the Tirari Desert. I wore them in The Kimberley, Federation Peak, The Western Arthurs, Larapinta... I bought these here (Bogong) in 2007, just before doing my solo walk to the geo-centre of Australia. Compared to some of my other trips, like summiting Everest the geo-centre trip was in a completely different league...far, far more challenging than anything else I have done."

And how did the boots go? "Well I just wore them round the house a bit to break them in, but they were good from the start. I just love them, wouldn't wear anything else."

And of his old, worn out Asolos, surely good for the bin now? "Oh no, I'll be keeping these," said Jon quickly, "I reckon they've got another 1000km or so in them, I'll use them on the easier walks now."

Check out Bogong's range of Asolo Boots, including our popular Asolo TPS 520 Leather boots, and the TPS 535 Leather non-gore-tex boots.