Now, at last, here is a book that tells the whole story of an explorer who ranks with Ferdinand Magellan, Christopher Columbus, James Cook, and Sir Richard Burton in his determination to follow his vision and his dream.
Add to Wish List Compare
Skip to the end of the images gallery 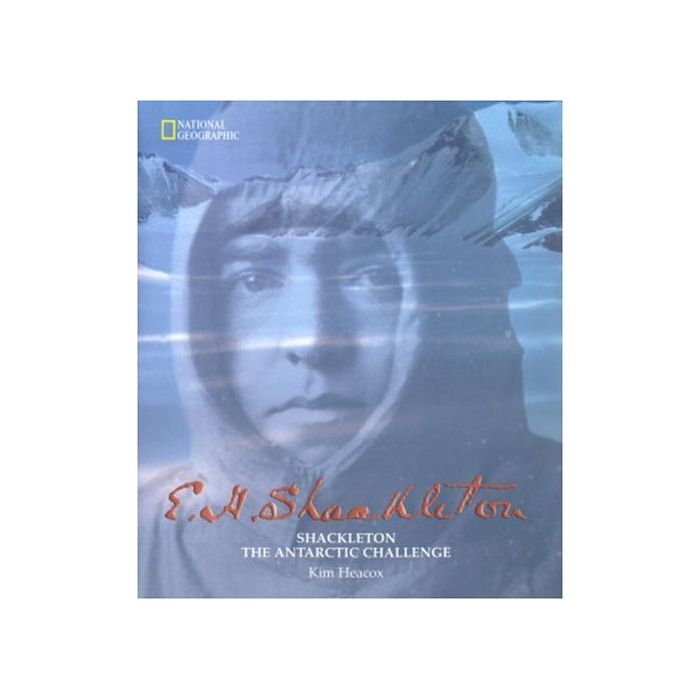 By Kim Heacox
In August 1914, as World War I began, Ernest Shackleton and a small band of explorers sailed for Antarctica aboard a ship called Endurance. Few expeditions have been more aptly named -- and few leaders more courageous or inspirational. For two years, Shackleton and his men battled the elements in a saga that nearly defies description. Amazingly, not a man was lost...but their extraordinary feat was eclipsed by the Great War, and for three quarters of a century was all but forgotten. No longer: interest in Shackleton and Antarctica has never been greater. Yet even now, he is remembered for only one extraordinary expedition. But there is far more to Sir Ernest Shackleton -- and this wonderful book tells the whole story.

His first encounter with the Antarctic was with Robert Scott, who would become his foremost rival. On his second attempt, he turned back within reach of the South Pole, preferring to save himself and his men rather than pushing on and dying on the return trip, as his former mentor Scott famously chose to do. "Better a live mule than a dead lion," he remarked to his wife upon his return, but in the end he died in the Antarctic that called him back, and back again, and he was buried there at his wife's behest.

Now, at last, here is a book that tells the whole story of an explorer who ranks with Ferdinand Magellan, Christopher Columbus, James Cook, and Sir Richard Burton in his determination to follow his vision and his dream.

Shackleton: The Antarctic Challenge is adventure literature par excellence: a remarkable portrait in words and arresting images of an unforgiving world and a small, indomitable fraternity who refused to surrender torelentless hardship.