See other Cicerone products
See more Books
Be the first to review this product
$44.95

Guidebook to 77 via ferrata routes in the Italian Dolomites in the southern regions, Brenta and Garda. Part of a two-volume set of guides to the Dolomite via ferratas. 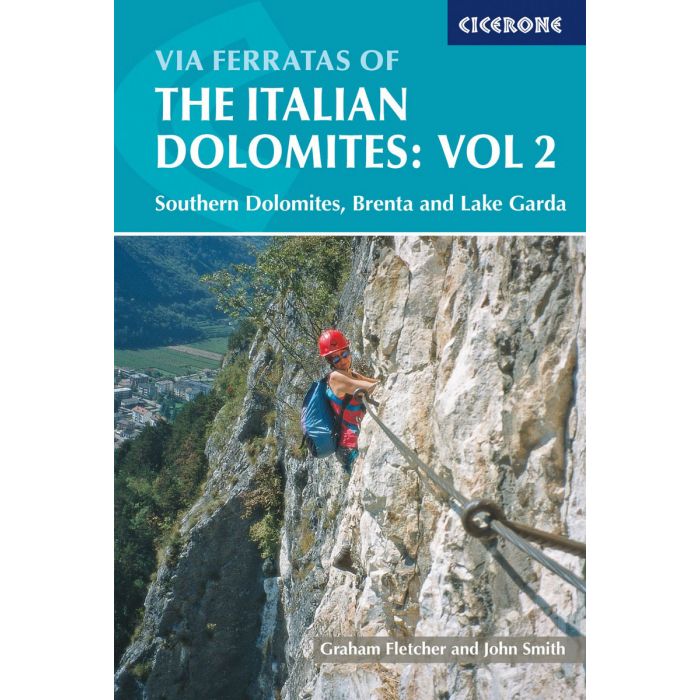 Guidebook to 77 via ferrata routes in the Italian Dolomites in the southern regions, Brenta and Garda. Part of a two-volume set of guides to the Dolomite via ferratas.

Includes graded routes covering 14 mountain groups including the Civetta, around Trento and the Adige valley, with guidance on the best base for each of the via ferrata routes.

This volume includes the southern Dolomite regions, in 10 areas including those of Belluno, Brenta, Trento, Lake Garda, the 'Piccole Dolomites' and San Martino di Castrozza.

As well as the detailed route descriptions, the guide includes maps, advice on how to climb via ferratas, information on the local area's history and geology, how to travel to and around the Dolomites and and the best places to stay.

Many via ferratas were originally built to aid the movements of alpine military units during the First World War, and now they represent one of the major attractions in the Dolomites. They are a range of protected routes, with fixed cables, ladders and even gorge-spanning bridges, which aid ascent to places normally reserved for expert rock climbers. In recent years, old wartime routes have been restored and many new routes added to give a network of routes around the whole Dolomite region. Some of the new ferratas are ‘sport routes’, often technically quite hard, as you will see from our assessment of the grades. Routes are regularly checked, maintained and waymarked by the Italian Alpine Club, CAI (Club Alpino Italiano).

This the second of a two-volume set of guides to the via ferrata routes in the Italian Dolomites. (Volume One focuses on the Northern, Central and Eastern Dolomites.)

Related Products
Check items to add to the cart or
You may also like
© 2021 Bogong Equipment Pty Ltd, Melbourne, Australia.