See other Cicerone products
See more Books
Be the first to review this product
$37.95

Guide to walking the 740km Way of St James Pilgrim Road from Le Puy-en-Velay in central France to the Pyrenees - first volume of the only guide to the whole route written in English. Route directions and information about places to visit along the way, the history of the pilgrimage, pilgrim references and current facilities.
Add to Wish List Compare
Skip to the end of the images gallery 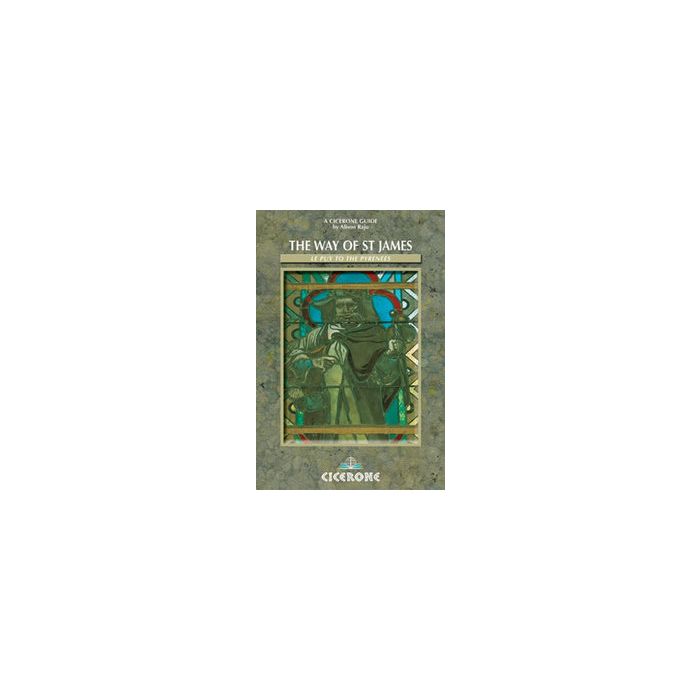 The Way of St James. Le Puy to the Pyrenees

Guide for walkers to the 730km Pilgrim Road from Le Puy-en-Velay in central France to the Pyrenees is still the only original guide to this route in English. As well as giving directions for walking the route the book also provides information on places to visit along the way, the history of the pilgrimage and the availability of practical facilities such as shops, bars, restaurants and accommodation.

If you wish to break your journey into two, and would prefer to cross the Pyrenees at the end of your French walk (when you are fittest) rather than at the start of your Spanish journey, this guide also includes details of the route from Saint-Jean-Pied-de-Port to Roncevalles (and Pamplona) (two to three days more, and well served by public transport).

Another option described is the three to four-day route from Saint-Palais direct to Irún (Appendix B), a new feature in this guide and an option not yet covered in any other guidebook. This route allows the pilgrim who prefers to continue on the Camino del Norte in Spain to do so, following the coastal route instead of the frequently over-populated Camino Francés, and is becoming increasingly popular. Instead of continuing directly south to Saint Jean-Pied-de-Port and over the Pyrenees to Roncesvalles, the pilgrim turns south-west and picks up the Camino del Norte at its starting point by the international bridge over the Río Bidasoa in Irún, the border between France and Spain.

Other appendices include an outline of the route along the Célé valley (54km) and, also unlike existing guides (in any language), a comprehensive listing of St James and other pilgrim references along the way as.

The Spanish section of the route is covered in a companion volume by the same author: The Way of St James: Pyrenees – Santiago – Finisterre.

You may also like
© 2021 Bogong Equipment Pty Ltd, Melbourne, Australia.